Mexican soups, or "sopas," are made in a wide variety of styles and ingredients. Soups can be made of chicken, beef, pork or be entirely vegetarian. Like soups from most countries in the world, Mexican soups consist of vegetables and meat floating in a flavored broth that can be salty, spicy or both. The good thing is that many Mexican restaurants serve at least one type of soup. If you are planning to try one of these soups for the first time, look for one of these four listed below.

Pozole, also spelled posole, is a combination of pork and hominy (a corn-like grain) combined with large chunks of vegetables, including cabbage. Different types of pozole are made including, red, white and green. The color depends on the broth and the color of the majority of the other ingredients. The variations often have to do with the region in which they originated. Pozole may also have different meats, such as chicken instead of pork. This soup can be a side dish with a traditional Mexican meal, or eaten on its own.

Menudo is a soup that is mostly made of tripe (cow's stomach), onions and hominy in a spicy red pepper broth. In some areas of northern Mexico, there is a white version that does not have the red pepper. If you've never had tripe before, the texture may feel strange, at first, but the overall texture of the soup is pleasing. This soup goes well with freshly-made tortillas.

Albondigas is a beef and chorizo meatball soup which also contains rice and vegetables including carrots and greens. Some versions may also contain an egg. This soup can be considered a balance meal with its combination of protein and vegetables. Some traditionalists may disapprove of adding too many vegetables to the soup, so you may see some versions that are made of mostly meatballs, rice and broth.

Tortilla soup is made with fried tortilla strips and a red broth made of chicken broth, tomatoes, garlic and onion. Sometimes, it's served with cheese and sour cream on the side. Some modern versions replace the strips with chips. Tortilla soup may also have large chunks of chicken breast. This soup goes great with a cheese quesadilla and a fresh green salad.

With their fresh, whole ingredients, there is sure to be one type of soup that just about anyone can enjoy. Next time you visit a Mexican restaurant, ask them what types of soups they have and they will most likely mention at least one or more of these four. Pop over to this web-site for some Mexican food ideas. 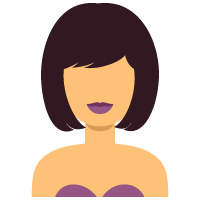 Do you absolutely adore entertaining beloved family members and friends at your home? Perhaps you enjoy throwing exciting dinner parties. If you’ve invited guests to your home for an upcoming dinner engagement, you might not know what foods you want to prepare yet. Consider serving international cuisine from countries all over the world. For instance, you might wish to prepare steak burritos, egg rolls, sushi, pizza, or roasted snails. Imagine how surprised and excited all of your guests will be when they see the international foods on your buffet table. On this blog, I hope you will discover tips for hosting the perfect dinner party.